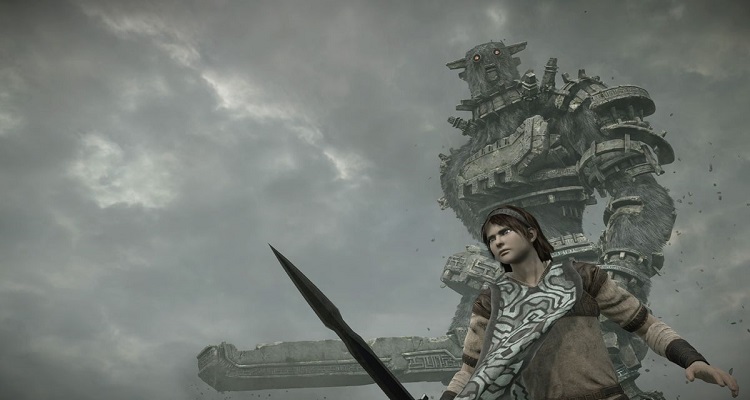 Meh, but still a better PS Plus lineup than the previous month

Another month with another -not the expected- lineup. It is better than the previous 2 months’ abominations of January and February

In January we had, Uncharted the Nathan Drake Collection and Goat FLAPPY Simulator

In February we had, Bioshock the collection, Sims 4 and a bonus PS Plus game, Firewall Zero Hour

As you can see in January we had a 3 PS3 games but remastered in HD for the PS4 and another PS3 game ported to the PS4. In February we also had another collection of games that was released for the PS3 and remastered later for the PS4 which is Bioshock the collection, and sims 4 which was somehow nice game and a VR game which no one asked for.

So what is new this month? Did Sony try to impress its fans? Well I will leave the answer to you

Shadow of The Colossus

Yet another game from the PS2 era and remade (or re-imagined as the developers of the game say) to the PS4, so yet another old game for the PS Plus. BUT before you get me wrong let me explain something. I LOOOOVE Shadow of the Colossus and it’s easily one of the top games in my list and I even consider it a masterpiece between all games released since gaming industry was founded. The lore, the colossi design, each one with its ability, the beautiful scenery, AGRO. Nearly everything in the game is DAMN PERFECT. My complaint is that it is not a new game. It is just a remake made its way like usual to the PS PLUS.

To be honest, I never got the chance to play it, so I can’t judge this game. It seems they released it just for the movie, but it is just my opinion so am not sure. Here’s the description taken from the blog

“In Sonic Forces, the evil Dr. Eggman has conquered much of the world with help from a powerful and mysterious new villain named Infinite. Now, you must assist Sonic and build an army to reclaim the world as they fight against chaos and destruction. Defeat enemies with blazing speed as Modern Sonic, catapult past perilous platforms as Classic Sonic, and create your very own Custom Hero Character equipped with a variety of powerful gadgets.”

Both titles will be available to download from Tuesday, 3rd March until Monday, 6th April.