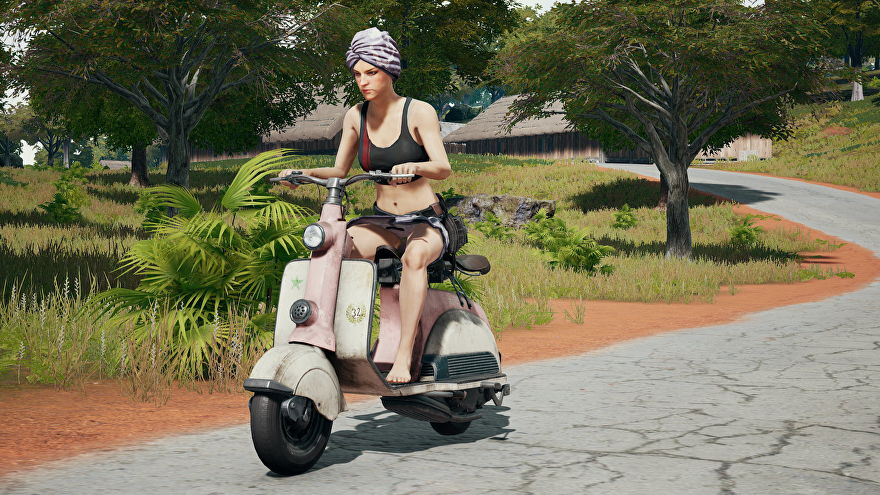 Playerunknown’s Battlegrounds, a seminal battle royale shooter, is now free to play, encouraging all stag and hen parties to parachute into vacation destinations for paintballing with real guns. People who paid for PUBG: Battlegrounds (the new-ish official name for Plunkbat) in the past have been grandfathered into the new Battlegrounds Plus account tier, which includes some edgy virtual clothing. Everyone else, please come in.

The devs had a free-to-play version of Playerunknown’s Battlegrounds: Battlegrounds before, PUBG Lite, intended for low-spec computers. They shut that down in 2021. This here is just PUBG: BG open to all.

Free-to-players don’t get everything, mind. They can’t play Ranked mode, partially because the devs are aware that removing the price tag removes one incentive to not get banned for cheating. They can’t create custom matches either. And they gain only half as much XP for the persistent progression jazz. For that, you need Battlegrounds Plus status.

New players can bump their account up to Battlegrounds Plus by paying $13. People who owned the game by January 10th should now have Plus status without paying a penny, because they already paid. Current owners also receive a ‘Battle-hardened Legacy’ outfit, which has the game’s signature kewl d00d mall goth aesthetic plus a pan skin with a buzzsaw.

Accompanying all this is patch 15.2, which fixes some issues while adding the new item type, Tactical Gear. These items give you new abilities in exchange for your primary weapon slot. The remote-controlled Drone can scout remote areas and even pick up an item for you, though it can be shot down, while the EMT Gear makes your healing faster and better, both for you and teamies. A new tutorial process is in too.

You can play PUBG: BG free on Steam now.

While Plunkbat has shed hundreds of thousands of players since its peak in 2018, it remained one of the most-played games on Steam while still charging £27. That’s pretty impressive, considering that decline is inevitable for a multiplayer shooter and that it had fierce competition from many free-to-play battle royale games—many of whom were way less janky. I’ll be curious to see what happens now Plunkbat is F2P too.

I played hundreds of hours of Playerunknown’s Battlegrounds: Battlegrounds back in the day, a regular rotation of laaads on our Discord always keen to go on a nice hike, chat about our days, sing Chelsea Dagger, and maybe, just maybe, shoot someone. I wrote about it a lot, too. I enjoyed treating it as a very silly game because it is a very silly game, no matter how edgy marketing pretended it was. I wrote tourist reviews of resorts and revamps, scouted swimming locations, and generally dicked about. A good time. Some of the lads are curious about a return now.