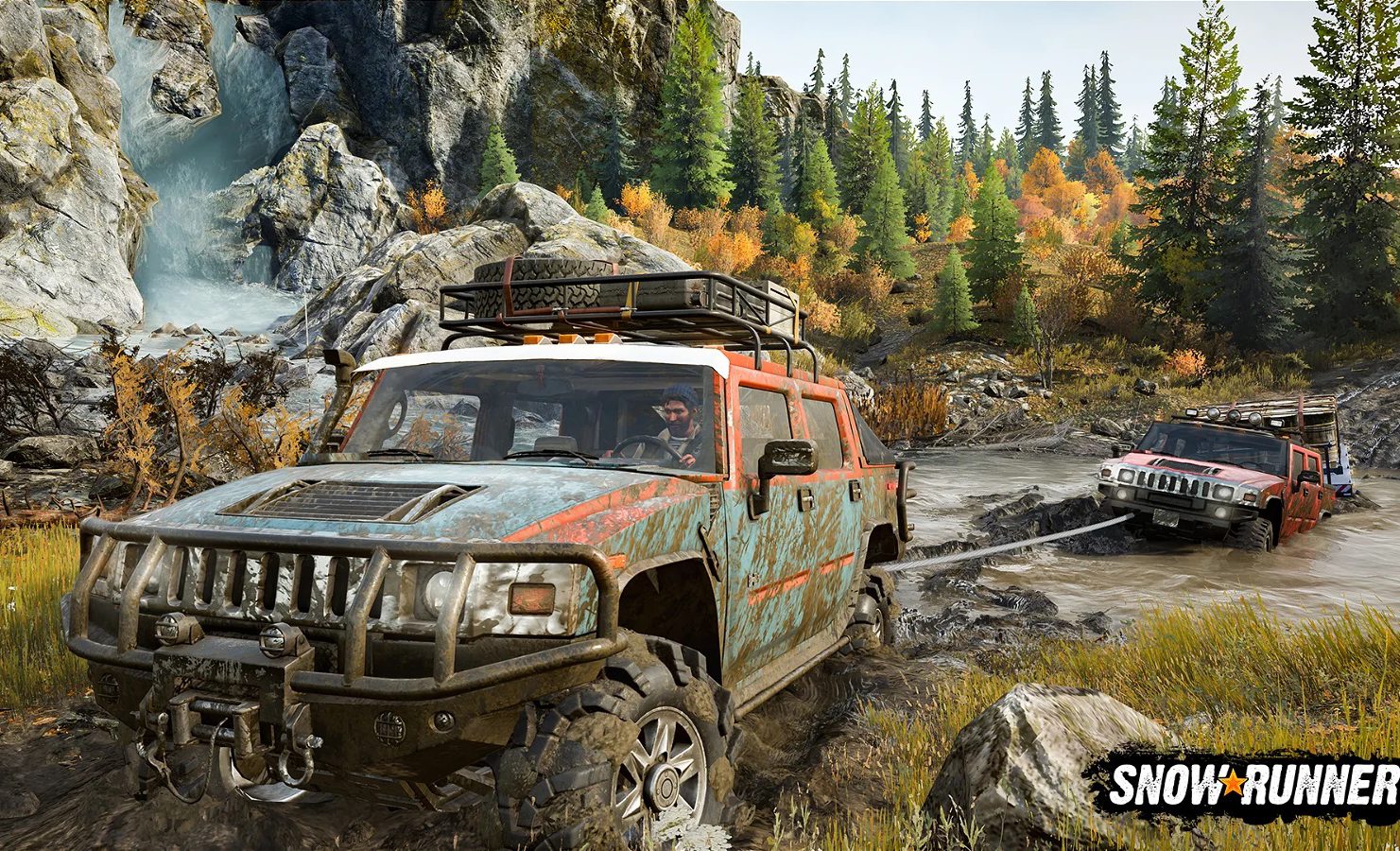 SnowRunner Season 7, Compete and Conquer, is available to everyone who owns the SnowRunner Year 2 pass, and it adds a new four square kilometre map set in the woodsy region of Burning Mill, Tennessee. It’s set up for the backwoods equivalent of the Forza Horizon festival, with tracks laid out through the forest and hot air balloons lazily hanging in the air.

Season 7 also adds two new vehicles to the SnowRunner fleet. There’s the Spinter 43-19, which is a Dakar-style truck designed to be able to speed along even under punishing weather and road conditions. The second new vehicle is the swift Gor BY-4, a lightweight scout car that should prove up to the task of mapping out the Burning Mill wilderness. All SnowRunner owners, whether they own the Year 2 pass or not, also get 10 new exterior stickers for their existing truck fleets.

The speedy new vehicles will come in handy in Burning Mill, because this season’s challenges are all about speed. The map features a rally course and a dirt racing circuit, so you’ll be able to drop the extra gear and focus exclusively on outfitting your rig for maximum speed.