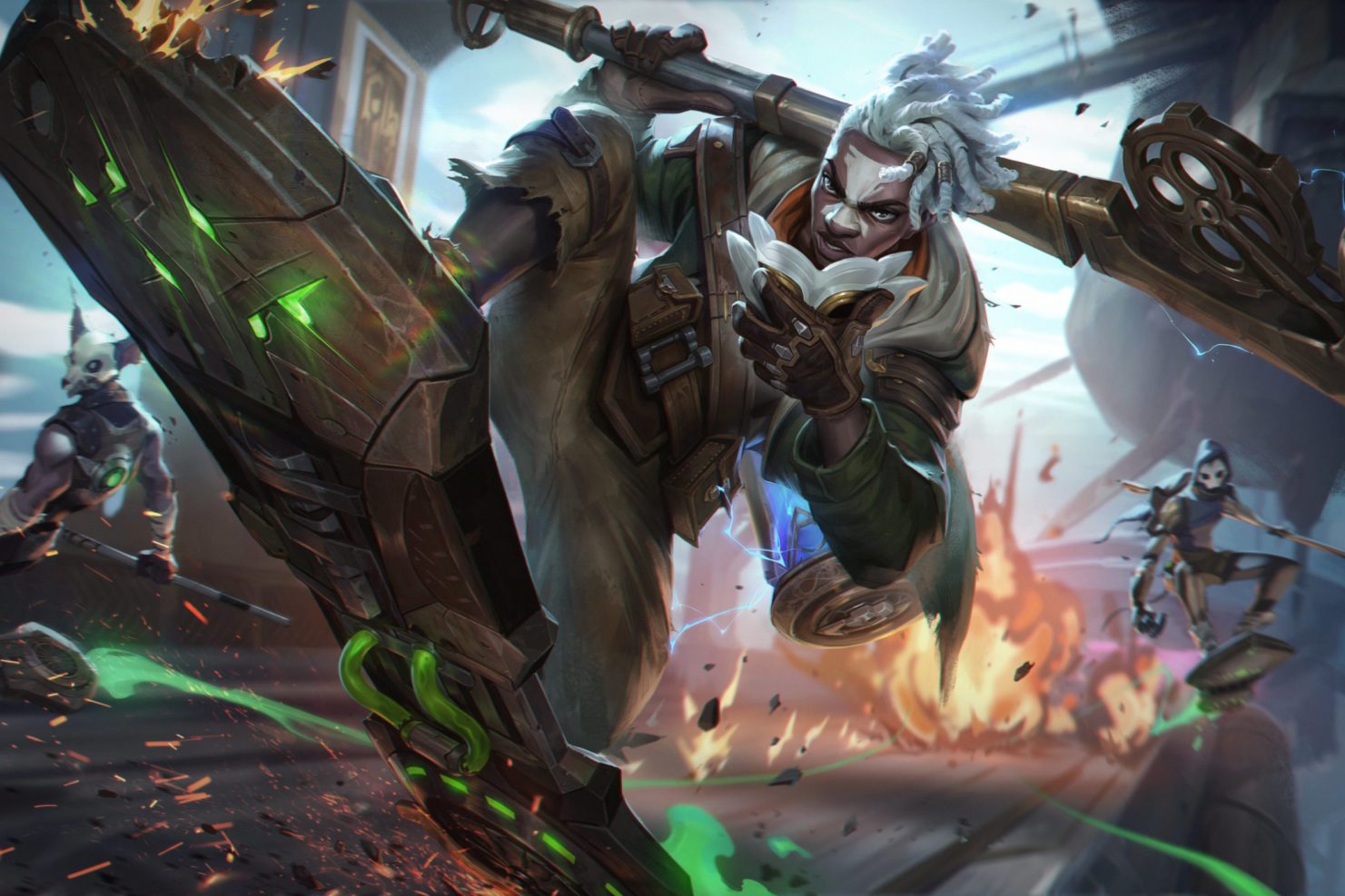 When League of Legends‘ 12.1 patch – the first of the season 12 patch schedule for 2022 – was recently released on the PBE, it included a stylish new skin for champion Ekko, which was inspired by the hugely popular Netflix programme Arcane. However, the skin has been delayed for a long due to “an unfortunate mistake on [creator Riot Games’] side due to a miscommunication internally.”

League’s lead skins producer, who goes by Riot Katana, has posted an update about the Firelight Ekko skin’s rollout on the game’s dedicated PBE subreddit, which you can see in full below. In it, the dev responds to player feedback querying the absence of new special effects for the skin, which many were expecting due to it being an epic-tier skin, with these typically being included with epic skins in the past. “We completely agree that SFX are a standard and expected part of an Epic (1350 [RP]) skin, and leaving them out was an unfortunate mistake on our part due to a miscommunication internally,” the dev explains.

“While we do everything we can to avoid delaying content, we’re going to hold off from shipping this skin for a few patches to work on adding new SFX. This also means the skin will come off of PBE for now.”

So, while Firelight Ekko was initially due to arrive in the first patch of the imminent 2022 season, following the recent release of four other Arcane-inspired skins for champions Vi, Jinx, Jayce, and Caitlyn, fans will now need to wait a little longer to see his debut in the live game. However, hopefully this will be good news for fans who wanted to see the epic skin feature new SFX to match.

Additionally, the team has plans to go even further with Firelight Ekko given the extra time it now has before his arrival. “Given that the SFX addition will give us more time than a normal PBE cycle and because we agree with your feedback that adding this animation strongly contributes to Firelight Ekko’s story and the celebration of Arcane, we will be including a hoverboard homeguard animation to go live with the new SFX,” Riot Katana explains. This new homeguard animation will also factor in Ekko’s mask, given many fans have expressed a wish to see him don this gear more often, and the team will be doing a small sweep of the champ’s VFX, too.

It’s worth noting, as the dev stresses in the post, that the scope of animations like these isn’t something the team can usually factor into regular PBE cycles or epic skin releases due to time constraints, but as this is quite an “unusual” situation with Firelight Ekko, the team’s taking the opportunity to add a little extra to his new look. There’s no word on when the skin will hit the live game – or the PBE again before that – but you can check out our LoL 12.1 notes linked above to get a look at what the existing skin looks like.