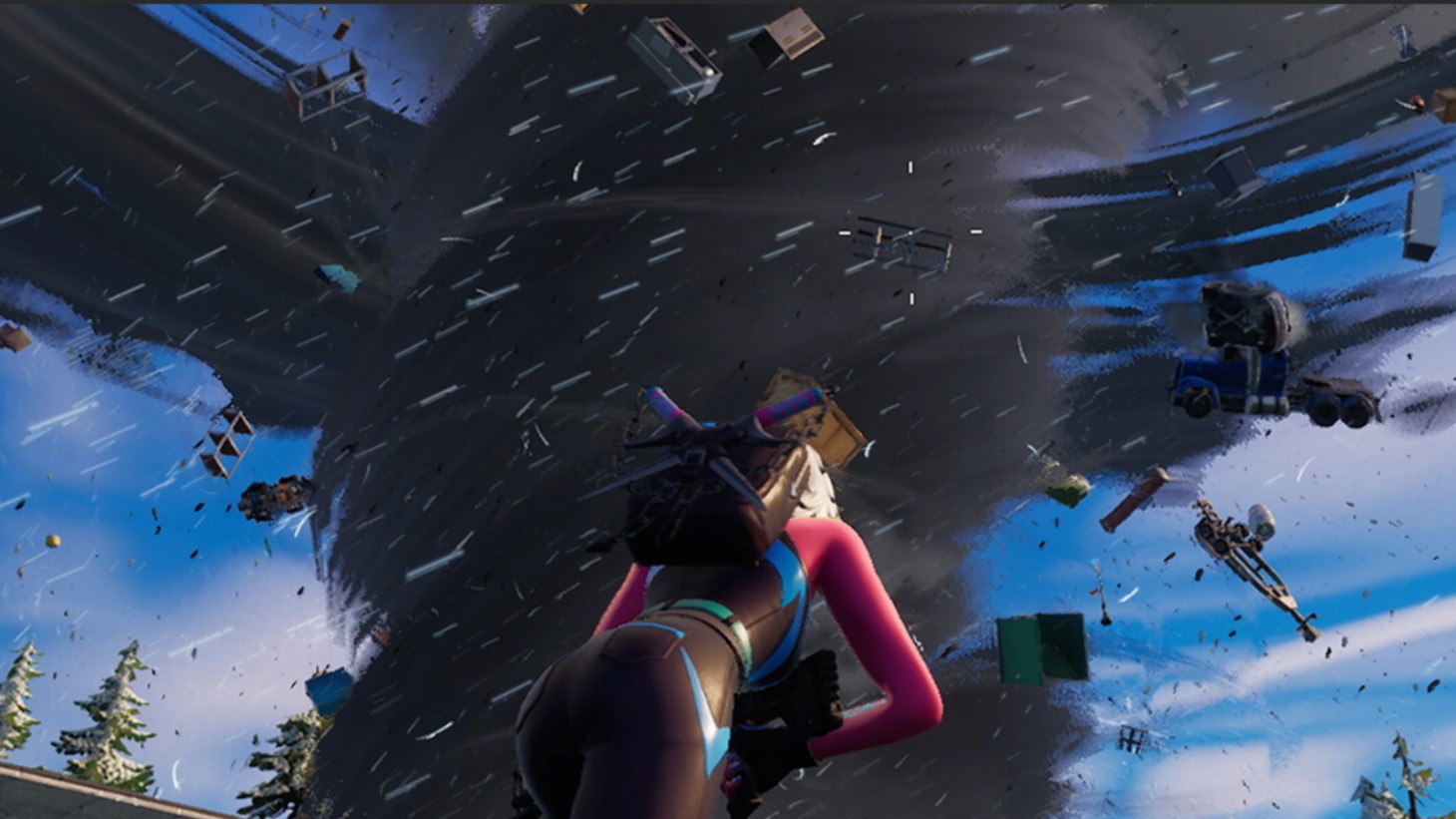 Epic Games’ latest update for Fortnite Chapter 3 Season 1 is live, and it brings with it tornadoes and lightning for players to avoid (or use to their advantage) in the battle royale.

Not at all unlike the stormy weather featured in EA Dice’s latest release, Battlefield 2042, players can use these new tornadoes to traverse the battle royale map quickly by simply hopping in. You’ll know a tornado is on the way, too, as it’ll swirl in the sky first before touching down.

“If you see a tornado start to form, that’s no signal to flee,” a press release about the v19.01 update reads. “Instead, run into it as a swirling escape strategy. You’ll spin round and round ‘til you choose to glide to safety – or if you stay spinning long enough – ‘til the twister spits you out. Don’t worry: you won’t take fall damage if you get hurled.”

Tornadoes aren’t all that’s new in Fortnite, though – lightning has joined the fray.

“If you see a dark cloud start to form, that’s not necessarily a signal to flee either,” Epic Games says in a press release. “Sure, the lightning from it deals a small amount of damage (and sets the surrounding area on fire), but the power of its shock gives players a temporary speed boost.”

If you’re looking to increase your chance of getting struck by lightning, jump into a body of water beneath a cloud or reach the highest point of land beneath a storm. Lightning doesn’t strike twice, either – once you’ve been struck once, there will be a cool down before you can be struck again. The Flare Gun returns to Fortnite from the Vault with this update as well.

“Don’t leave it up to just lightning to start fires,” Epic Games says. “With this hotfix, the Flare Gun has been unvaulted. So now in addition to Firefly Jars, you can spark Flare Guns to make use of spreading flames. Find Flare Guns in chests, on the ground, and from Supply Drops.”

Finally, Epic Games says Fortnite is now in “Tornado Week.” During this event, which runs until January 17, there’s a higher percent chance you’ll encounter tornadoes on the island for their debut in the game.