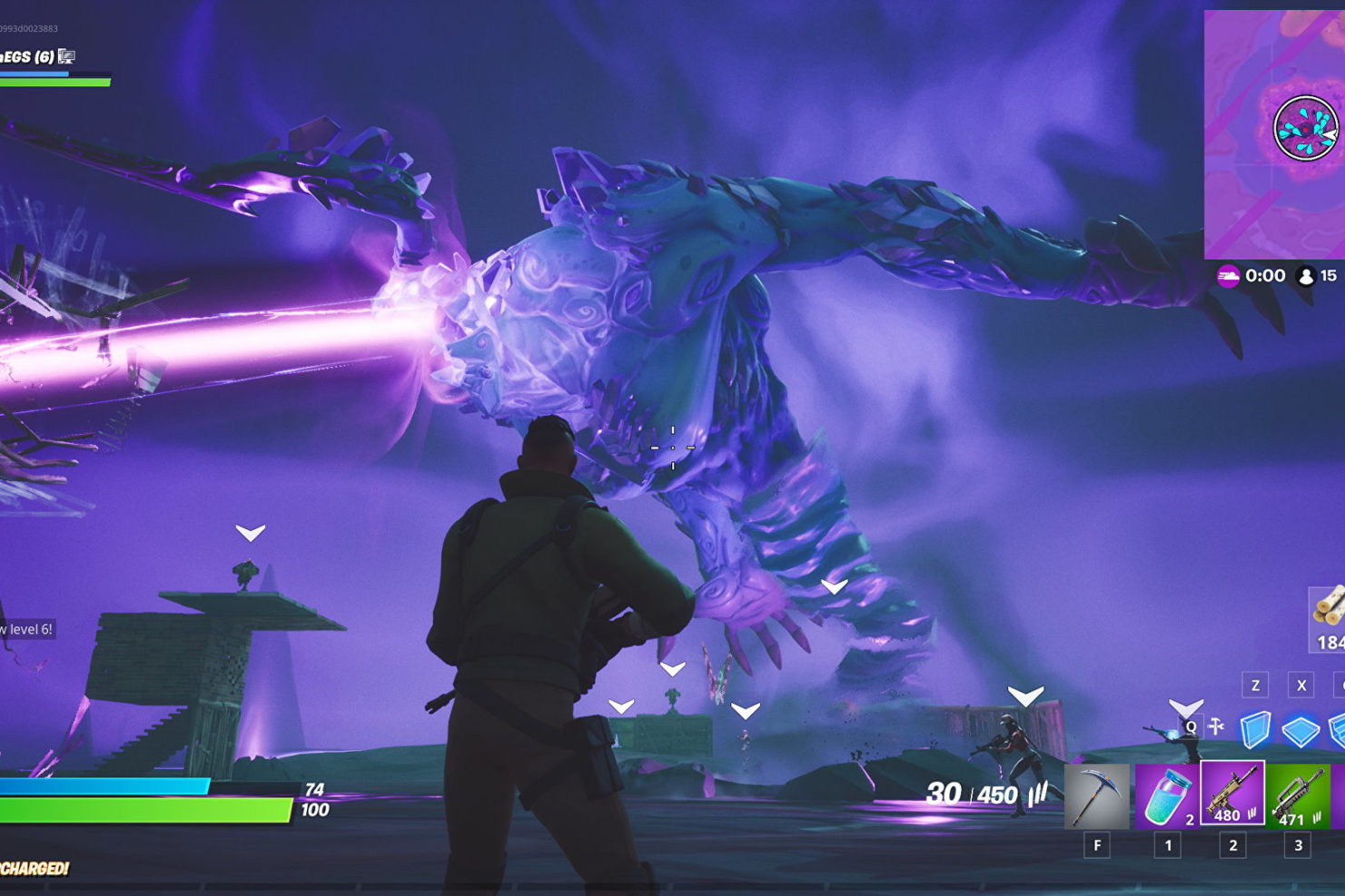 As part of the Chapter 3 Season 2 “resistance” push, it appears that a Fortnite PvE battle event is on the way. According to the Fortnite leak, players will soon have to fight NPC soldiers to protect select spots on the map, maybe akin to last season’s Sideways Encounters.

The current theme of the battle royale game‘s new season is fighting back against the attacking Imagined Order forces, with multiple blimps covering the sky and tanks causing havoc for most players. The map itself shows areas occupied by the IO and The Seven’s resistance, but there hasn’t been much movement in those battle lines since the season began.

Thanks to a glitch spotted on Reddit, and confirmed by Fortnite leakers such as iFireMonkey, it seems the fight will soon escalate and players will be tasked with defending or attacking specific map POIs – such as Tilted Towers or Spider-Man‘s Daily Bugle. The exact quest description is “help the Seven reclaim…” followed by a location.

A datamine of Fortnite’s files confirms this “Seven Vs IO” event will happen at five locations, with the PvE encounter having three stages. It’s likely not a separate limited-time mode, either, according to leakers. This seems a lot like the Sideways Encounters from the last season, except with specific objectives in mind rather than just killing waves of NPC enemies.

If the files are already in the current version of the game, these PvE encounters will likely kick off soon or alongside the next patch. We’ll have to wait and see, for now.