The Stray Cat Won the Hearts of Feline Fanatics 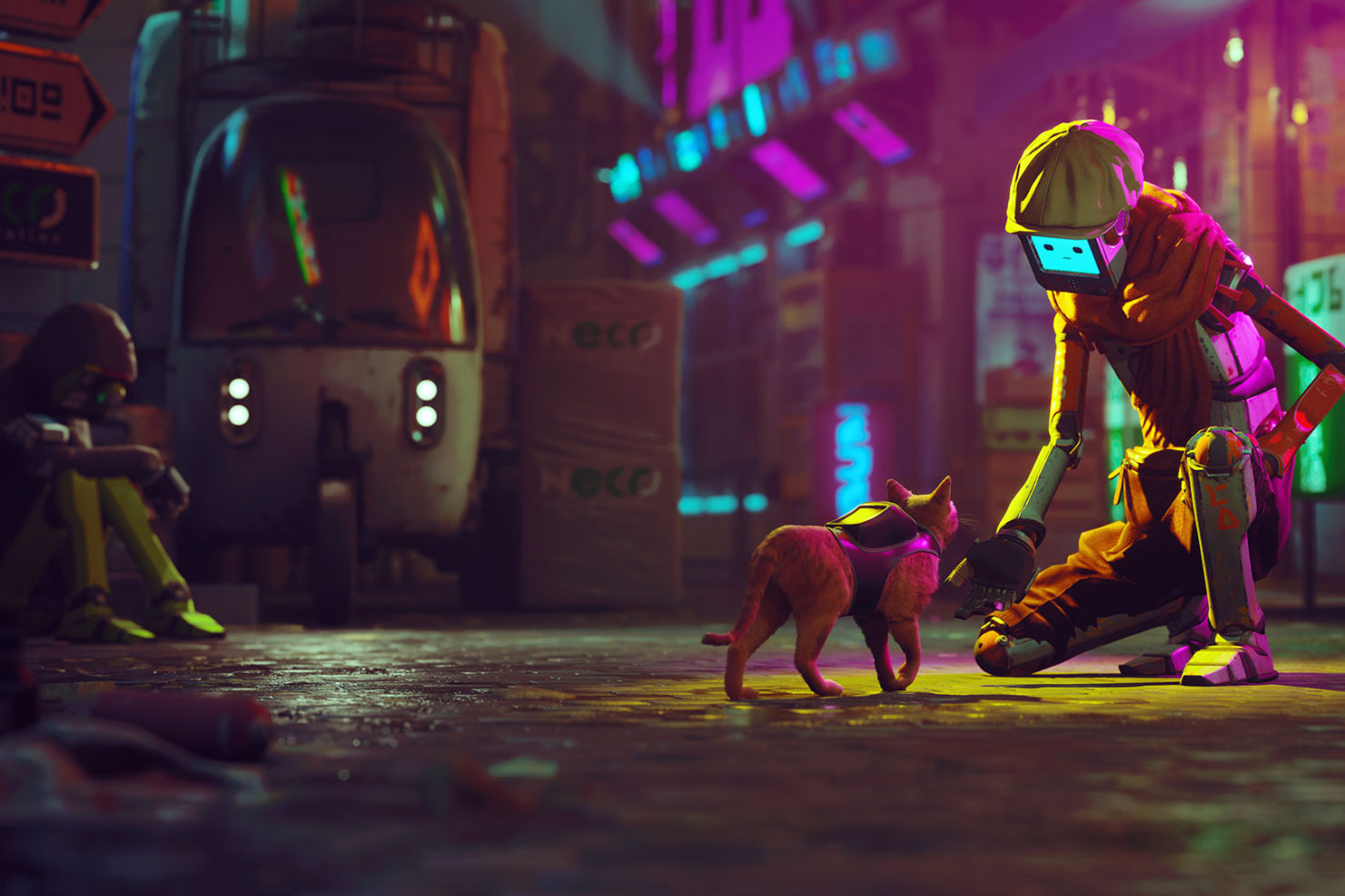 Cat lovers all around the world have fallen in love with Stray and its cat mechanics, especially since your lovely ginger pet can essentially earn rewards for just, well, catting. Following the game’s popularity, a new video has cat behaviourist JoAnna Puzza (manager of feline welfare at Battersea Dogs and Cats Home) dissecting the game’s realism.

A smash hit with animals and humans alike, Annapurna’s feline adventure, Stray, has shot to the top of Steam’s highest-rated games in 2022 list – surpassing the likes of God of War in the process.

Characterised by puzzles, adventure, and neo-dystopian landscapes, players have been quick to lavish praise on the prime antagonist of the game itself – the adorable ginger cat.

But does the cat from Stray actually behave like a real cat? In an interview with Gamespot, a cat behavioural expert has broken down whether or not our orange companion could get away with slinking around in the real world.

As the game opens up and we catch our first glimpse of our group of cool cats, Puzza notes that their behaviour is very much indicative of real-life strays.

“It looks like this chap is having a little game with his friends,” she states. “I assume this is a miniature colony of stray cats, and all of those cats (with the exception of one) are ginger and white, which is really common when it comes to feral colonies because genetically they’re all quite similar.”

As we move further into the game, she discusses the accuracy of the now-iconic photo of the musical robot, Morusque (who played an essential part in decoding Stray’s language) playing away while the cat curls up next to him.

“Oftentimes you’ll see cats curled up like this, and it’s feigned sleeping. This means they’re not actually falling asleep, they’re still very vigilant, and this is because they’re a predator and a prey species, so they have to be aware of their surroundings. His ears are pricked up, listening for anything going on in his immediate surroundings.”

She does note, though, that the random sleep meows were “probably added in for cuteness” – so there are some creative liberties in Stray.

Be sure to check out the full video, and you can also donate to Battersea Dogs and Cats Home while you’re at it. If Puzza’s analysis has convinced you to try the adorable animal adventure, make sure to check the best Stray settings for PC and Steam deck before diving in.