The Teenage Mutant Ninja Turtles Might Be On Fortnite 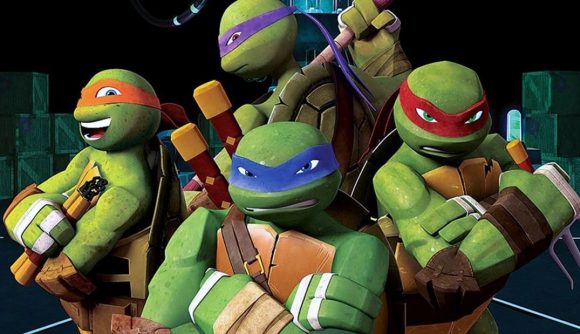 According to a fresh rumour, a Fortnite Teenage Mutant Ninja Turtles crossover could be coming to Epic’s ever-popular battle royale game, since the company has reportedly secured a contract with Paramount, implying that other properties, such as Star Trek or Spongebob, could be coming as well.

In the latest episode of the XboxEra podcast – which often reveals surprising rumours, such as last episode’s revelations about Rare’s Everwild being “a real mess” or, more apt, about the Doom Slayer coming to Fortnite – host Nick ‘Shepshal Nick’ Baker says a source told him that Paramount has signed with Epic to bring its properties to Fortnite, and he notes that “the main one that i had heard about was
the Teenage Mutant Ninja Turtles”.

Nothing has been confirmed, of course, and rumours can often go awry – or take a long time. Spider-Man and Naruto were rumoured for Fortnite for months before they actually showed up, and the supposed The Matrix collaboration ended up just being a few emotes and a free Sentinel glider.

However, if this particular rumour is true, than a collaboration between Epic and Paramount opens the door for a lot more crossovers than just the Ninja Turtles. Nick doesn’t know for sure but mentions Star Trek as a possibility, for example.

According to @Shpeshal_Nick's source, Paramount has signed a deal with Epic Games to bring properties to Fortnite.

The main one that has been stated to come to Fortnite in the future is The Teenage Mutant Ninja Turtles. pic.twitter.com/Xe4CwZdtri

Fortnite leaker Shiina reminds us that Paramount owns Nickelodeon, so the possibilities include Avatar: The Last Airbender, The Legend of Korra, and even Spongebob Squarepants. I could see Squidward running around the island with an assault rifle.

If this rumor turns out to be true, we're gonna eat good in the future.. 🔥 pic.twitter.com/FxlXOy7Nb2

We’re now around halfway through Fortnite’s Season 3 Chapter 1, the Winterfest event has just concluded with XP boosts and freebies this weekend, and there’s still a few weeks to go before The Rock is due to show up as an unlockable skin – so there’s plenty going on in Fortnite right now.