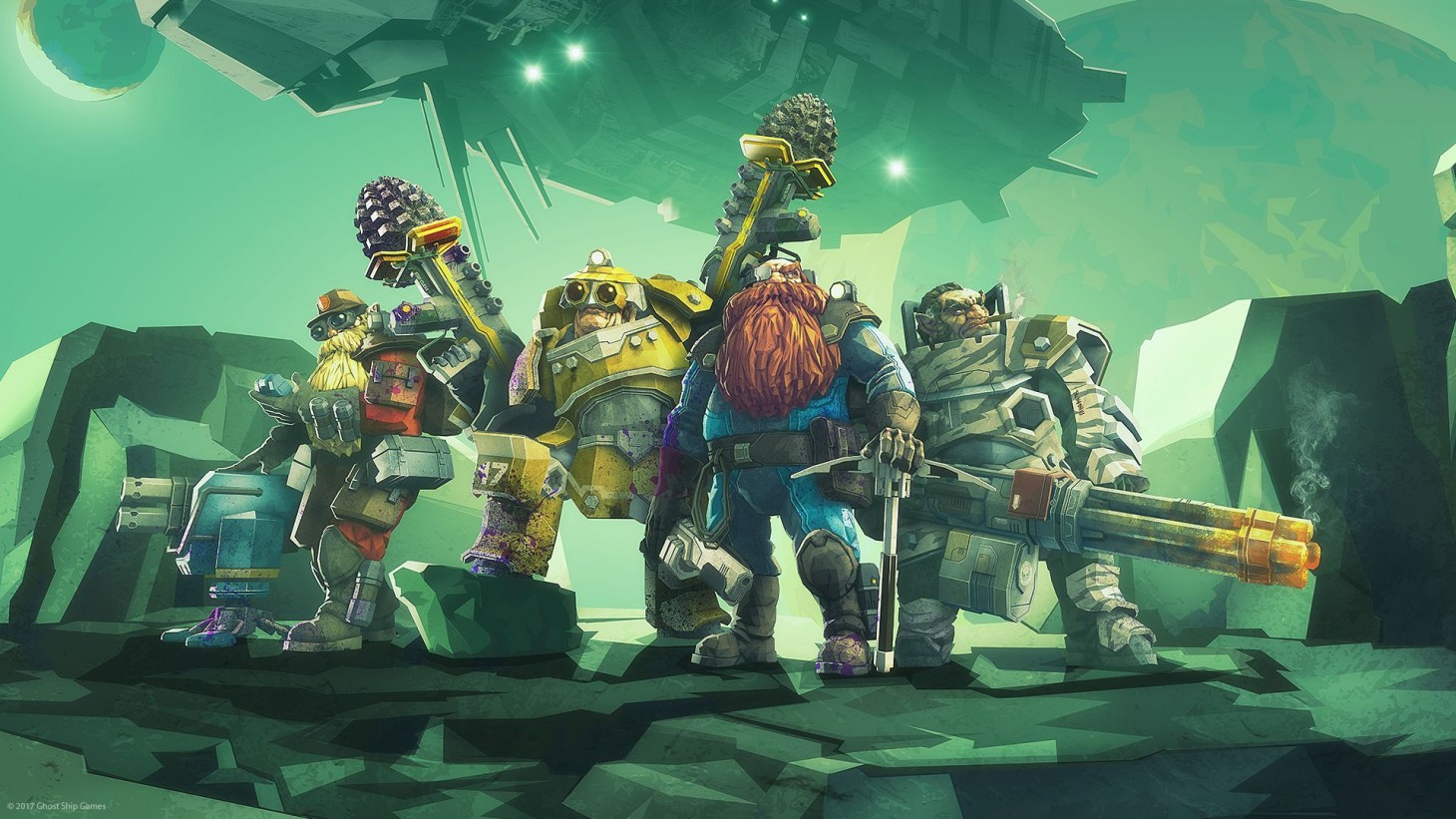 After a long enough period of time, all games appear to be the same – at least structurally. Last week, for example, Deep Rock Galactic received its biggest update yet, which included a combat pass with 100 levels to progress through as well as new weapons and cosmetics to earn.

There is a twist, at least: the battle pass is 100% free, and there’s a new robot-battling mode included in the update, too.

Here’s a flashy trailer, mostly focused on the new mode, or you can skip to the end of this post for the six-minute narrated breakdown of everything in the update:

The new mode is called Industrial Sabotage, and it features a rival corp of robots who are moving in on your turf. Your objective is to dig deep into the asteroid and find the robots’ data vault, steal the info inside it, and flee. To do that, you’ll first have to shut down two power stations that are powering the vault’s forcefield and fight The Caretaker, a large pyramid-shaped guardian bot.

There are new tools to help you do all of this, including four new primary weapons, one for each class. The Gunner gets the “Hurricane”, a mini-missile launcher; Scout gets a plasma rifle which can overheat; Engineers get a smart rifle that can lock on to enemies shoot around corners; and the Driller gets a sludge pump, which fires green puddles of corrosive goo at enemies. I am definitely a Driller.

Players also get a new handheld hacking device you can use on enemy robots to switch them to your own side.

The Performance Pass is the name for Deep Rock’s take on a free battle pass. It works how these things always do: there are 100 levels, you advance by playing, completing missions or seasonal challenges, and you unlock items or points you can spend on other, different items. There are a bunch of new cosmetics to unlock, including new beards.

When the season ends, you’ll apparently still be able to get the season one items in a different way, but exactly how will be revealed later.