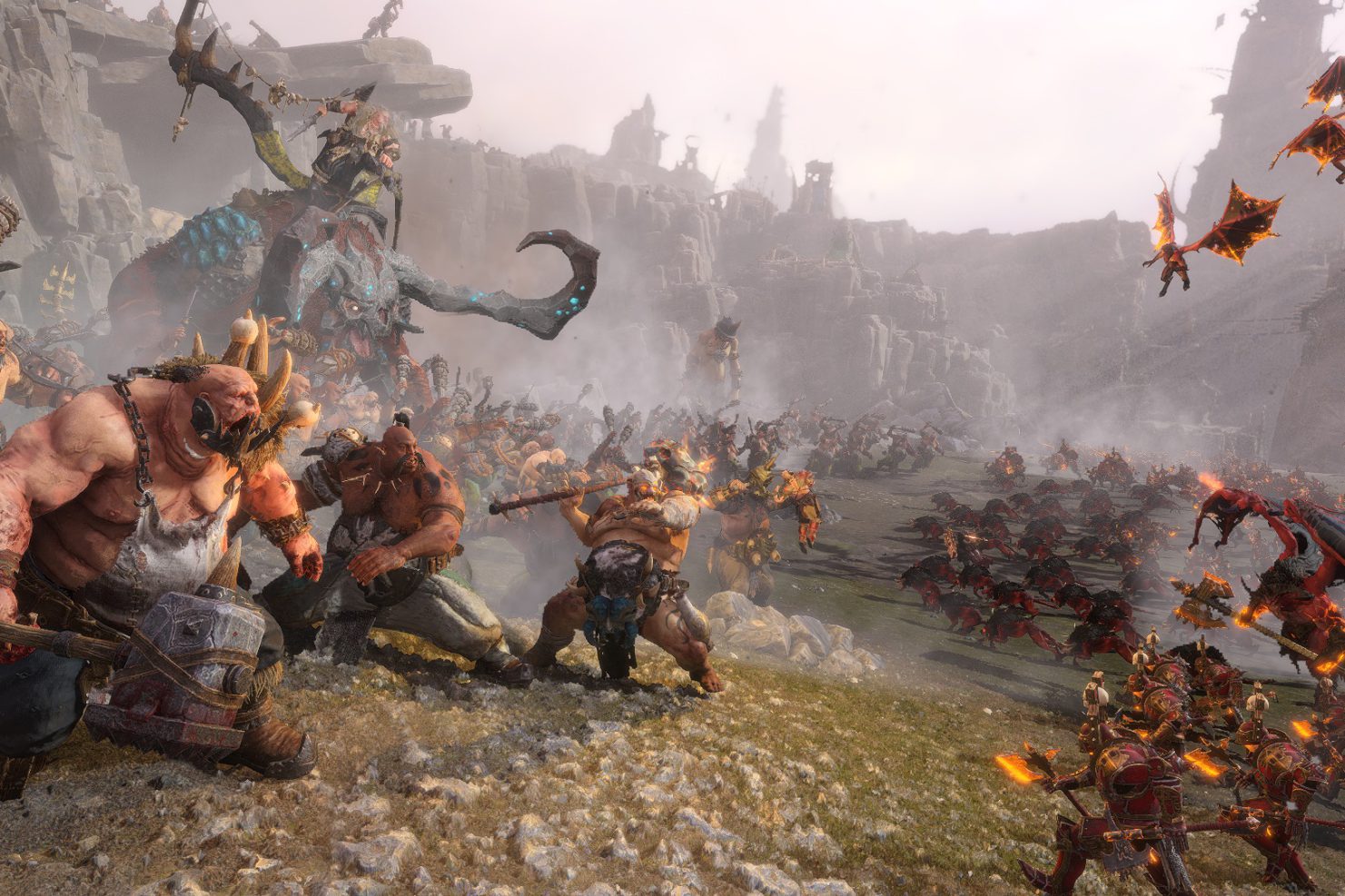 Ranged troops in Total War: Warhammer 3 are no longer able to shoot freely through friendly forces since Creative Assembly has undone a recent update that allowed them to disregard friendly units in their line of sight. The modification, meant to improve the consistency of ranged unit fire, resulted in a somewhat humorous but clearly ineffective tactic of piling a lot of units on top of one another.

The original change reads as follows: “To prevent instances where ranged units hold their fire because a friendly unit is in the line of fire, overlapping units are now considered part of the same unit. This should ensure that ranged units can more consistently carry out firing orders.” However, Creative Assembly admits that its implementation was “a bit overzealous.”

“Not only did it address the LOS issue,” Creative Assembly says in a post addressing the hotfix, “it allowed ranged units to stack and fire in a way that largely negates the importance of positioning your troops.” Positioning is a critical part of the strategy that makes Total War battles special, so this change definitely felt out of place.

Total War YouTuber Milkandcookies addresses the “terrible and hilarious” change in a recent video – using that phrasing partly because it makes stacking ranged units into a very strong strategy, but also because it just looks very silly. Units can be clumped together into a tight-knight crowd of units just pouring barrages of ranged weapons fire and magic through their own units into the enemy forces.

Milkandcookies notes that this change is “very abusable” against the AI, but also quite strong in competitive player versus player encounters. Thankfully, this hotfix means you won’t have to deal with it any more. Creative Assembly says that they “plan to revisit the original issue in the future,” but hopefully in a less extreme fashion.

In other Total War: Warhammer 3 news, the game’s factions are getting an Immortal Empires makeover for the giant sandbox game update, which is set to feature a map that is twice as large as the one from Warhammer 2. Elsewhere, another Warhammer game from Creative Assembly may be in the works – this one a third-person melee combat game.