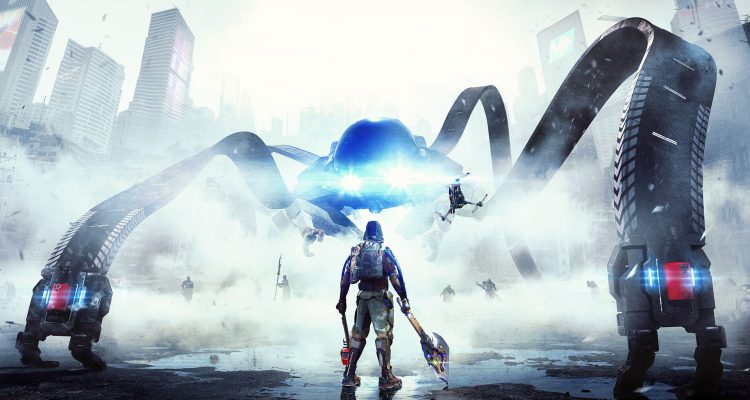 Welcome to our Bulletin. Let’s Start

“The Kraken” Expansion Revealed For ‘The Surge 2’

We all know the surge. It’s a souls type game developed by Deck13 Interactive and published by Focus Home Interactive. The aforementioned publisher and developer released “The Surge 2” in 24th September 2019. The game received “generally favorable” reviews overall.

Well Deck13 and Focus Home Interactive have revealed the teaser trailer for the first paid expansion to The Surge 2. The expansion, entitled The Kraken, will arrive on January 16 for PlayStation 4, Xbox One and PC.

According to the description mentioned in the reveal trailer

“The Kraken expansion adds hours of narrative-driven content with a brand-new storyline and location. As well as a wealth of new weapons, implants and armor to discover and craft. On the outskirts of Jericho City, enter the VBS Krakow. A massive decommissioned aircraft carrier retrofitted as a retreat for the rich and famous. Battle robot pirates, deranged security systems, and an imposing new boss, each with their own unique combat mechanics.”

NieR: Automata Producer Teases Something new will be announced For 10th Anniversary

While we don’t know whether it will be a sequel for Nier games or a new different IP. I would be happy for a new game from the makers of Nier: Automata.

Square Enix published the original Nier in 2010. Probably no one expected the sequel, NieR: Automata, to become a huge title for publisher Square Enix with an iconic character that’s been in multiple crossovers. The 10th anniversary of the first game is here in 2020. So it seems we could be expecting something special soon.

In the latest interview made by Famtisu with NieR: Automata Producer Yosuke Saito. When mentioning the 10th anniversary he said the company planned to celebrate the event with this and an unannounced title.

As mentioned before we don’t know what Saito is referring to. Maybe he is talking about a new game in the Nier series, New IP or even a remake or a remaster for the original Nier.

Anyways the 10th Anniversary website is live now and eventually we will know if something new pops up there.

In the latest interview made by Famitsu (Again) with the RE3 Remake Producers Peter Fabiano and Masao Kawada. They mentioned that 90% of the game is now complete. Also they added “In fact, Master Rom is almost completed. I promise that there will be no delay.”

That’s some great news to hear, and actually can’t wait for the game to be released in April 3rd 2020