Vampire Survivors Has a New Weapon & a New Level 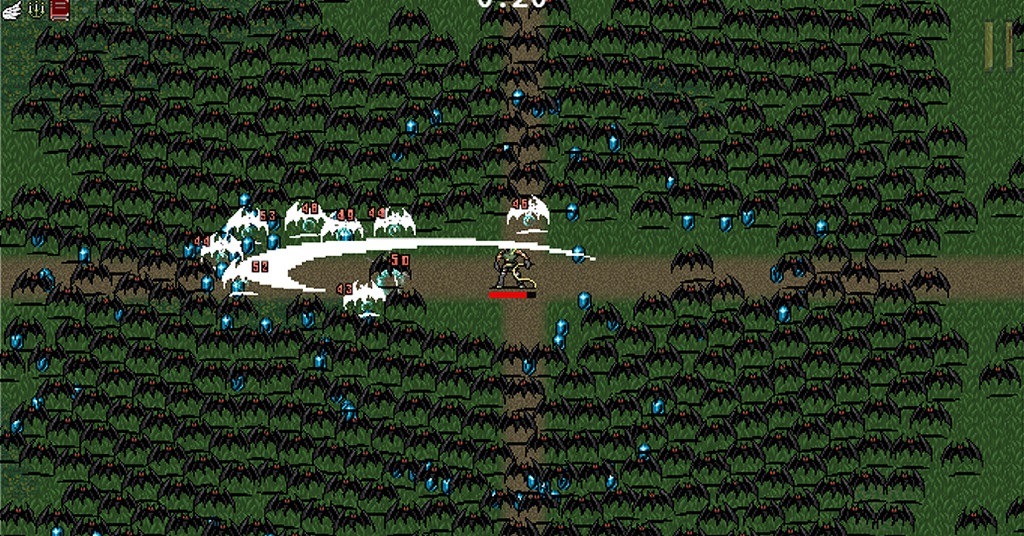 In the oddly addictive horde survival game Vampire Survivors, there are six new achievements to unlock. New accomplishments mean new things to find, as gamers know, and this update adds some interesting new material to the popular indie game.

The biggest new addition is a new zone, which is called the Dairy Plant. It’s quite a bit more complex than the existing forest and library stages, with lots of terrain and obstacles to navigate and hordes of several new enemy types. The first batch you’ll into are some ornery lizardmen, but they’re accompanied by a new version of the encircling plants from the first stage. This time around, it’s snake head statues and what appear to be jellyfish – they’ll appear in a circle around your character, meaning you’ll need to clear out everything that’s trapped in there with you.

There’s also a new weapon to find in update 0.3.0. We haven’t found it yet, but as usual, there are clues to be found in the six new achievements that have arrived along with the update.

The patch also includes buffs for a few existing characters, some tweaks to colliders in the Mad Forest, and some “minor optimisations.” The developer says the team is currently working on porting Vampire Survivors to a new, standard game engine that will allow “even more stuff” on screen at a time than there already is, without players running into as many hardware issues with their PCs.

The trade-off is that content updates will be coming out at a slower pace for the next little while, the dev says.

You can find out how to unlock the new stage in the official patch notes, but we won’t spoil it here.