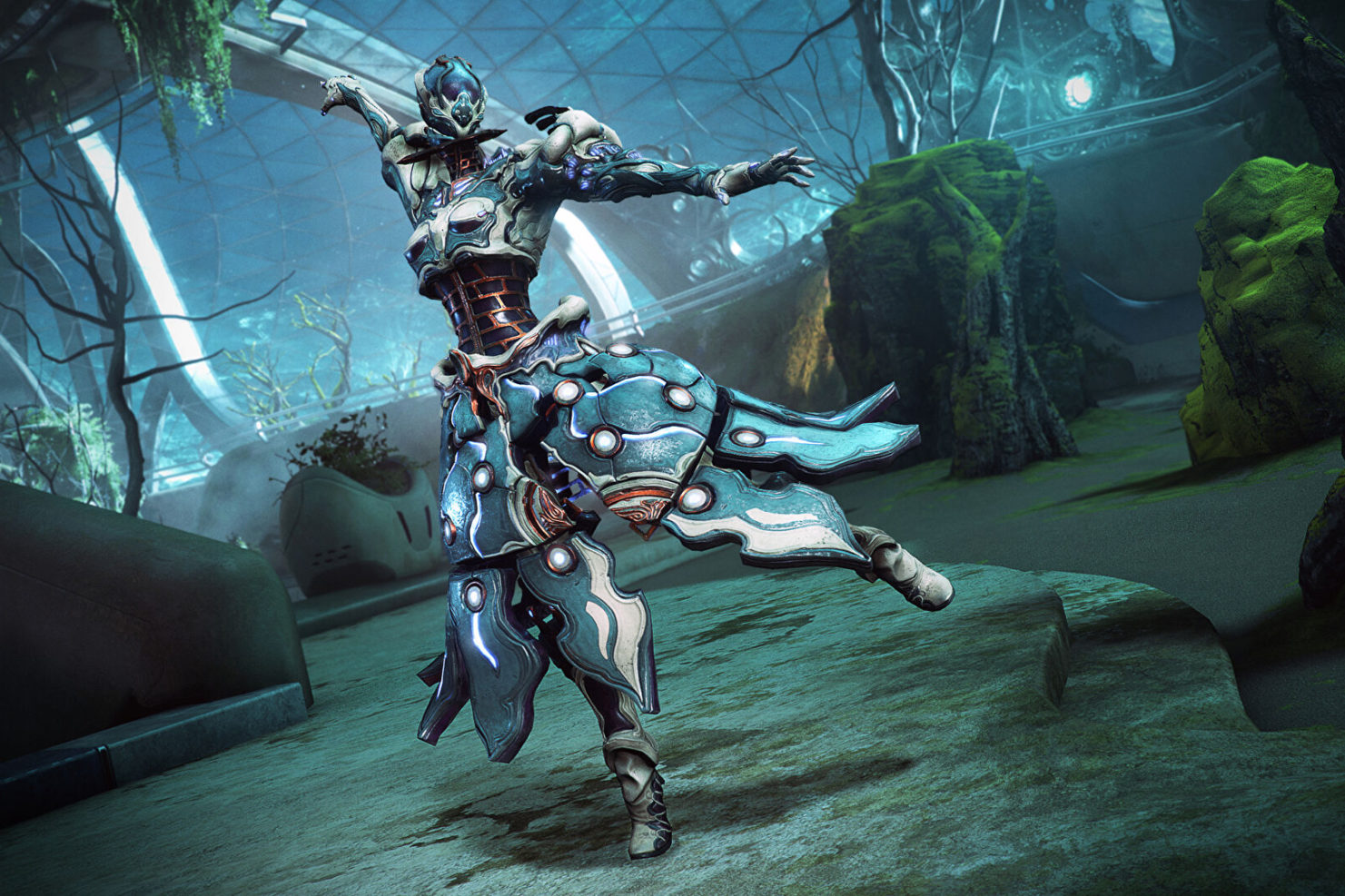 Digital Extremes has revealed the Warframe Angels of the Zariman release date, letting players know when they can get their hands on the forthcoming Warframe expansion — as well as the “elegant” new warframe Gyre, who is here to remind us why this is still one of the greatest ninja games on PC.

The multiplayer game‘s latest expansion will carry on the storyline from last year’s epic The New War, and is the next major part of Digital Extremes’ plans for Warframe in 2022. The studio previously said that Angels of the Zariman would release this month, and it confirmed today that it’s still happening – as well as giving further details.

The highlight is the 49th warframe Gyre, which has an “energetic playstyle” based on electrical attacks. Abilities include launching a high damage “Gyratory Sphere”, a critical and regenerative burst, and an electric shield that shocks enemies and sends out “a large electrical discharge” if the player receives a critical hit.

The Warframe Angels of the Zariman expansion will release on April 27 across all platforms, along with the new warframe Gyre.

You can check out the full trailer for the expansion below, showing off Gyre, the Zariman itself, and the “nightmares of the void” that await unsuspecting players. The expansion will also feature “evolving Zariman Weapons”, customisable rooms, and new skins to pick up.

Along with the expansion, players can also collect free DLC as part of Warframe’s ninth-anniversary celebrations – although these are only available for a limited time, so be quick.