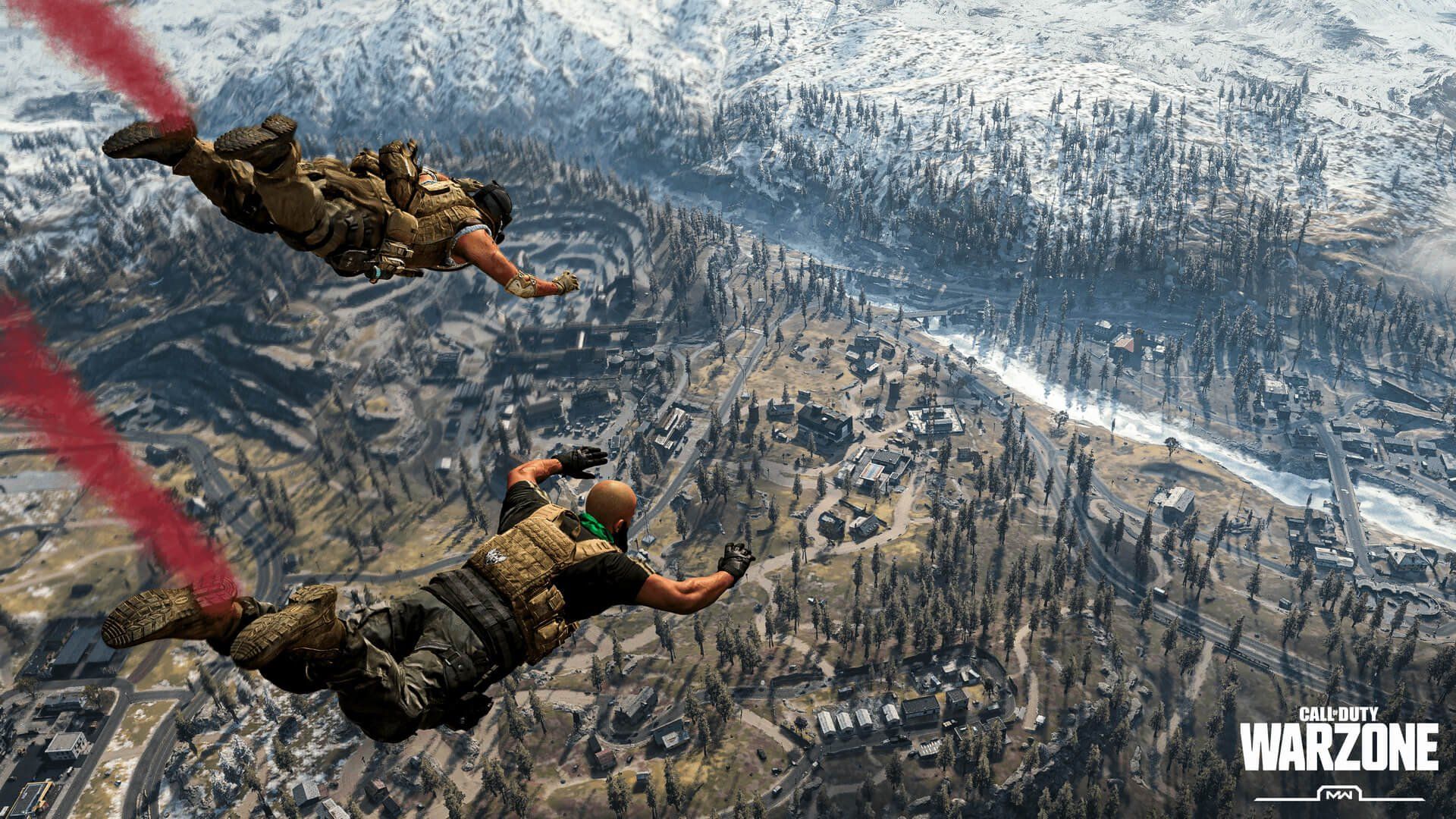 It’s time to review the latest title from Activision, the free to play multiplayer Call of Duty: Warzone. This particular title got so popular in a matter of days. Maybe due to the fact that it is the first completely free game from Activision.

But popularity does not mean quality. So let’s take a deep dive into Call of Duty: Warzone and review its elements properly

Warzone was released during the quarantine time of the Coronavirus outbreak which is one of the biggest reasons behind its massive player base. Reaching 15 million players in just 4 days is no small feat. But after exploring the deep mechanics of the game I can certainly say that this game earned its success.

Warzone is a background continuation of the story of Modern Warfare. Featuring Ghost as the Commanding Officer of the soldiers fighting in Verdansk. After noticing some activity in the area, stolen cash, soldiers turning against each other, Ghost contacts Captain Price and requests reinforcements to further investigate the situation. You and your squadmates act as the backup for Ghost. You jump into the city and fight off all the offensive forces to end the conflict.

Verdansk is basically most of the maps in Call of Duty: Modern Warfare stitched together to form one big city. But the composition of the map comes out really well with a perfect player to environment scale, logical distances between buildings, and wide streets resembling a real-life city. The visuals are another success point in this game as it features the same models and graphics from Modern Warfare.

The gameplay is fluid and easy to master

Warzone uses the same gameplay mechanics of Modern Warfare. The only differences are the armor plates and the revive methods. Instead of using health packs you can collect armor plates from the environment. Armor plates get damaged when you get shot at. After all of the equipped plates are destroyed your health points start decreasing. But hiding away from the fight will regenerate your health instantly. Just like campaign mode in Modern Warfare.

Weapons can be found in chests throughout the map but you don’t have to loot attachments and scopes. Each weapon comes with pre-equipped attachments and weapons with better attachments have a higher rank and therefore are harder to find during a match.

You can use your own character that you unlock from playing the game or by leveling up your battle pass. Owners of Modern Warfare get access to all available characters.

Microtransactions are not forced

Although there is a battle pass in Warzone, you can play and level up your gear without this battle pass at all. Battle pass only allows you to unlock cosmetics for your characters or weapons that you can equip during matches. it does not impact gameplay at all and certainly doesn’t give you access to any special weapons.

Weapon rank and loadouts are affected by your profile level. Which can be increased by simply playing Warzone or Modern Warfare itself. You can use loadouts that you created in Modern Warfare Multiplayer mode. This is a step in the right direction for Activision as I mentioned earlier that maybe they are not greedy anymore.

Game Modes are a nice balance

Warzone features two modes. The Popular Battle Royale and Plunder. In both modes, you collect cash, use the same weapons, and play on the same map. You start the match in a squad of 3 players and the maximum number of players in a match is 150. But the key difference is in the objective.

In this battle royale mode, you join the battle in a squad of 3 members Just like Apex Legends. You start the match with only a pistol and your job is to loot weapons and eliminate other squads. The playable area of the map decreases by time and gets surrounded by the poisonous gas that was featured in COD: Modern Warfare campaign. You can find gas masks around the map that allows you to stay in the gas for a while before you start losing health points. Keep in mind that the gas affects your health directly and does not get blocked by armor plates.

You can collect cash that you find lying around on the map or you can finish contracts during the match that gives you additional points and cash. You can use cash at buy stations to purchase equipment to help you in battle such as a self revive kit or different types of grenades. Self-revive kits help you revive yourself when you get knocked down. You can also Revive a friend from a buy station or request a loadout drop. Which gives you the option to equip one of your loadouts during the battle royale match. You can also purchase Airstrikes and other killstreak rewards from the buy stations which come in handy in tactical situations.

When you get eliminated you get another chance to come back to battle. A cutscene starts where you are taken into a prison and you enter a 1 vs 1 battle against another player who also got eliminated. Whoever kills the Other first gets redeployed into battle. But if you get eliminated again you don’t get any more chances. This is COD’s attempt at a second chance in battle royale. This is similar to Apex Legends respawn mechanics but this time it is fully dependant on you to fight your way back.

Plunder mode is the new invention of online shooters. This time you and your squad enter the battle with a loadout of your choice. The playable area does not decrease. Instead, all players are required to collect as much cash as they can. When a squad reaches 1 million dollars a bonus round of one minute starts where all squads rush to collect as much cash as possible. After the timer ends, the squad with the most cash wins the match. During the match, you can eliminate other players to take their cash. When you die you drop some of your cash too. One way to ensure that you don’t lose any of your hard-earned money is to stash it in bank helicopters. When you die you don’t lose any of the stored cash, you only lose a percentage of the cash you are carrying in your bag.

When you get eliminated in Plunder mode you respawn after 20 seconds, you can land in the same spot to retaliate and re-collect the lost cash.

Matchmaking is a bit limited

In Warzone, Matchmaking is always limited to 3 players squad. You can disable squad fill which will allow you to play solo or with a friend. But you will still face squads of 3 players in the match.

In addition to the limit in squad matchmaking, The game servers does not seem to handle the large number of requests very well. I have faced many lagging issues and many players reported being disconnected during matches. Mixer streamer Shroud, has experienced many disconnects during playing and he also got weird error messages like “you are logged in on another machine”. The servers are ruining the experience of many players and it is not yet obvious if the cause is the 150 players per match, or the fact that the number of active players is very high compared to the servers capability. We hope Activision addresses these issues soon and continue improving on an otherwise amazing game. This Call of Duty: Warzone review is based on the current state of the game and servers.

Final Verdict
Call of Duty: Warzone is a new take on both multiplayer shooters and battle royale. Modern Warfare mechanics are tested in this new title. But the real challenge is the fight of the unstable servers against the rapidly growing player base.
Gameplay
9
Game Modes
10
Matchmaking
7
Good
Fluid Gameplay
Easy and Challenging
New Game Modes
Bad
Connection Issues
Forced Squad Mode
8.7
MUST TRY